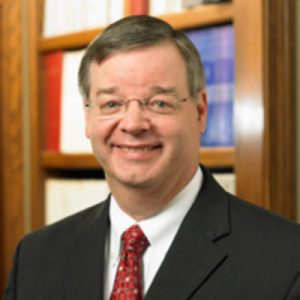 Dr. Egenmaier has an undergraduate degree in chemistry from Auburn University. He graduated from the University of Alabama in Birmingham, School of Optometry in 1982. Dr. Egenmaier then served in the U.S. Army for more than 11 years in hospital settings in Kentucky, Alabama, Texas, Georgia and North Carolina.

While in the Army, Dr. Egenmaier received some diversified training to include combat casualty care and learning to fly helicopters. He was the first optometrist to receive helicopter training and to be awarded Army Flight Surgeon Wings. Dr. Egenmaier continued to serve in the Army Reserves and retired at the rank of Lieutenant Colonel.

Dr. Egenmaier joined EyeCare Consultants in January 1993, after leaving active duty. “Having been an ‘Army Brat’ most of my life and serving many years in the Army myself, I found the city of Evansville an ideal place to bring my family,” said Dr. Egenmaier.

“I’m proud to be a part of the EyeCare Consultants team. Our patients get the best care when optometrists and ophthalmologists work together for the patient. We are an extension of care that our referring doctors begin and are glad to assist them anyway possible.”

Dr. Egenmaier also served as President of the Indiana Optometric Association from 2008-2009 and was the 2014-2015 Optometrist of the Year for the state of Indiana.